The Surprising Impact of COVID-19 Shutdowns on the Environment 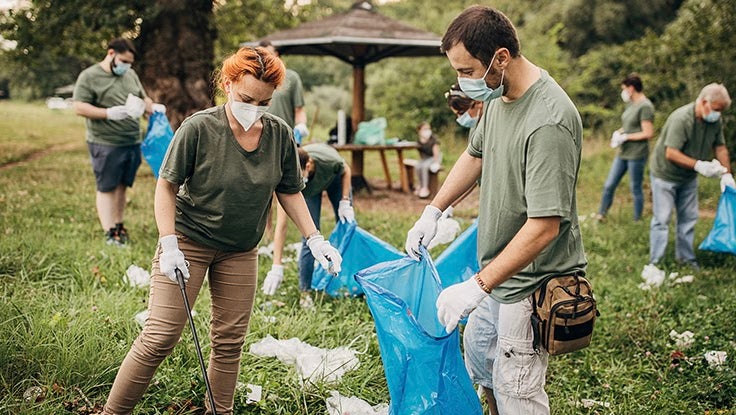 When the coronavirus first started to spread across the globe, the environmental impacts all seemed positive and incredible. We turned on our TVs to see newscasters talking about strange sightings of animals roaming freely in national parks and marine life thriving — in between virus reports, of course. With the sudden drop in air, water and sound pollution, the world suddenly felt cleaner and safer, and wildlife around the world was more than happy to take advantage of the sudden emptiness of their habitats.

But does all that cleaner air and water mean all the side effects of COVID-19 have been positive for the environment? Several long months into the pandemic, the answer isn’t a simple yes or no. Let’s take a look at both sides of the argument. From better air quality and lower emissions to more cars on the road and massive deforestation, many factors show us both the light and dark side of COVID-19’s impact on the environment.

We Have Better Air Quality

NASA scientists have been studying the environmental impact of COVID-19. To do this, NASA uses sensors that evaluate changes in the atmosphere and air quality that have occurred during the periods of lockdown. The sensors read the amount of nitrogen dioxide, which releases into the air when fuel is burned, found near airports. Airports are hot spots for higher concentrations of nitrogen dioxide because of the volume of fuel burned by airplanes. Even with travel bans easing, commercial air traffic is substantially down from last year. 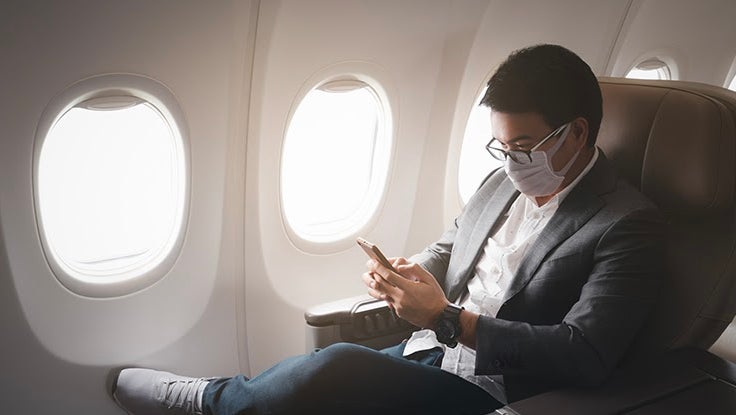 Although airplanes aren’t moving toward electric operation anytime soon, this data can be useful in determining how we use fuel for cars. How would the world look with less traffic and more reliance on electric vehicle models? NASA's sensors help show the importance of air quality on the environment and our health. This data can be used to influence fuel policies in the future.

Carbon Emissions Are Down

One of the main positives of lockdown on the environment was the lower levels of carbon emissions produced. While carbon dioxide (CO2) is an essential element in keeping the planet warm, there can be too much of a good thing. This powerful greenhouse gas causes the temperature of the earth to rise, and the resulting average temperature has reached unprecedented levels in recent years. 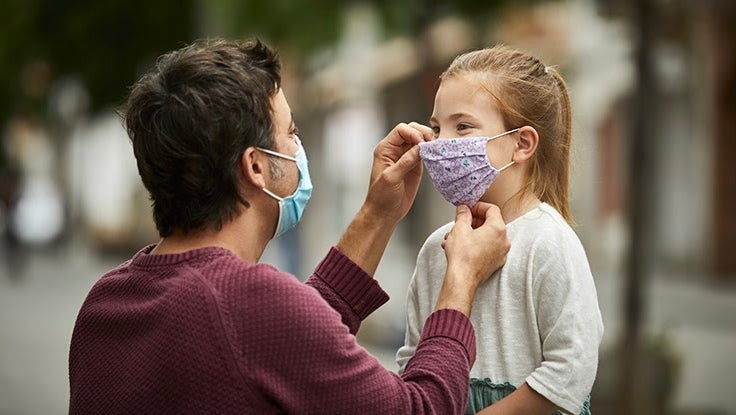 Thanks to deforestation and the burning of fossil fuels, human activity has greatly increased the levels of CO2 over the years, leading to global warming and changes in ecosystems around the world. During periods of lockdowns and travel bans, China saw a 25% decrease in carbon emissions over a four-week period. That’s not surprising when you think about the number of factories all over the world that temporarily shut down and the number of cars that weren’t on the roads.

Restaurants and hotels are among the largest purchasers of seafood and fish. With demand down, and the need to keep fisherman and crews safe, commercial fishing has dropped significantly. In areas where there is normally a lot of commercial fishing, companies are struggling to stay in business. In the EU, for example, financial aid has been approved to help keep the fishing and agriculture industries afloat. 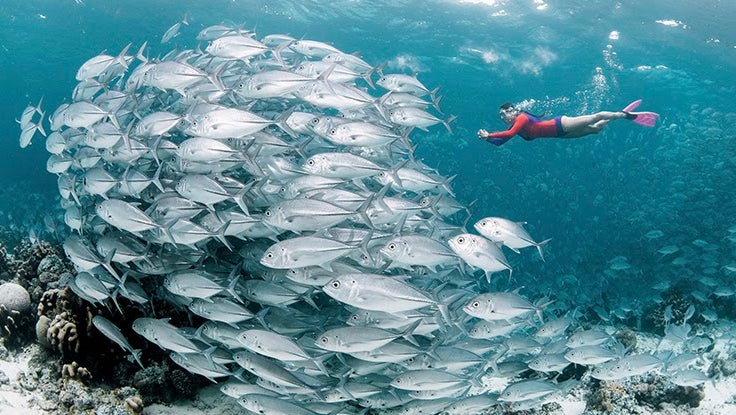 Another positive for the environment is that fish populations have been thriving. Some marine animals have been spotted in places where they haven’t been found in decades. In the Atlantic Ocean, the breeding season took place from April through June, months that saw some of the strictest lockdowns and halts in fishing activities. This gave many fish a much-needed boost to their reproduction.

In order to determine the true effect on marine ecosystems, the data will have to be evaluated over at least two decades. Fish population growth, however, can be measured almost immediately. As long as less commercial fishing takes place, fish populations will continue to bounce back and thrive.

We Have More Traffic on the Road Instead of Less

When lockdowns first spread to most major cities, the number of cars on the road decreased significantly. Many businesses allowed people to work from home, and schools switched to remote learning. Even when lockdown restrictions started being lifted, many office workers continued to work from home, and many schools organized plans to continue with virtual instruction at the start of the new school year. Considering those factors, you might expect to still see fewer cars on the road, but that isn't the case everywhere. 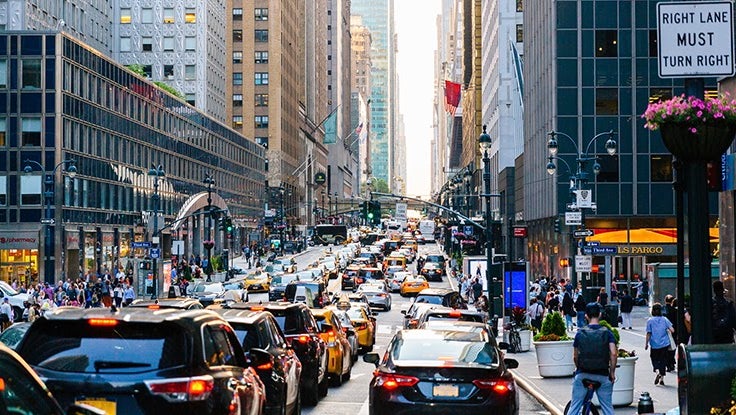 In some large cities, we’re seeing more cars on the road than we did prior to the pandemic. In China, for example, traffic is actually back up to where it was before lockdown orders began. Even though many people still aren’t traveling or commuting, COVID-19 concerns have made those who have returned to work afraid of taking public transportation. All the essential workers and employees are reopened businesses are driving their own cars to work instead of taking mass transit. To try to balance this, some cities are looking into widening bike lanes, but it might not be enough to combat the increased (once again) pollution from cars.

But Deforestation Rages on in the Amazon

Brazil has become one of the epicenters of COVID-19. Indigenous populations are facing threats from the pandemic as well as illegal loggers. With the pandemic serving as a distraction, illegal loggers are hard at work destroying parts of the Amazon rainforest without fearing repercussions. Before the pandemic, loggers would have faced harsh punishments and fines if they were caught — now, not so much. Government agencies are too busy focusing on healthcare demands and fighting the pandemic. 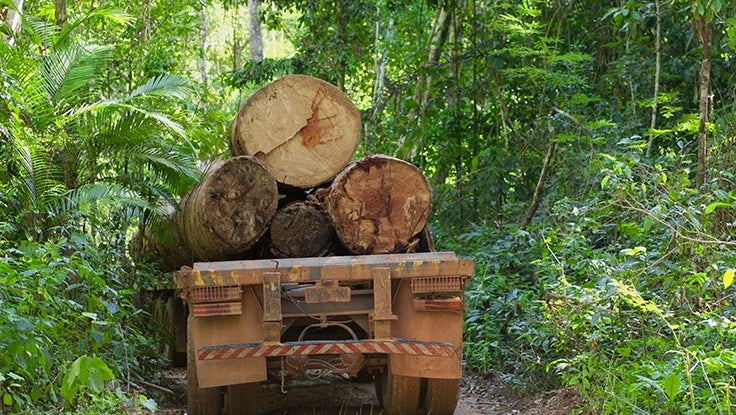 To make matters worse, after loggers clear an area of forest, they burn the remaining vegetation, resulting in a large amount of thick, toxic smoke clouds that can irritate the lungs and cause heart, lung and respiratory problems. When you combine this with COVID-19 symptoms, it’s leaving indigenous people fighting for their lives on multiple fronts.

Discarded Masks and Gloves Are Littering Our Oceans

One of the negative "marine" side effects COVID-19 is the number of masks and gloves that have been found in the ocean. The Guardian reported that French divers recently found more masks than jellyfish in some areas along the coast. While things like masks, empty hand sanitizer bottles and disposable gloves, aren’t that different from the usual litter found in the ocean, their presence could signal trouble ahead. 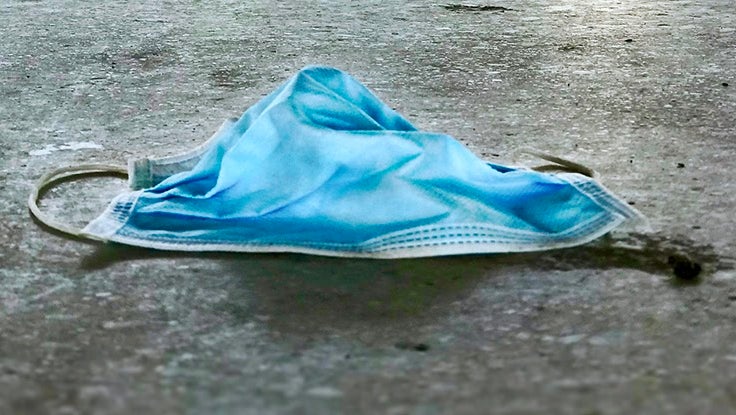 People worldwide have been told repeatedly to sanitize their hands, wear gloves and, most importantly, wear masks to protect themselves and others from COVID-19. Mass production of single-use masks and gloves has been in overdrive since March 2020. If people don’t discard these items properly or switch to reusable alternatives, we could be facing an ocean littering problem in the near future that far exceeds anything we’ve seen before. Fish, marine life and shorelines will bear the brunt of all that extra trash in our waterways.

The slowdown of manufacturing and travel has certainly helped the environment in ways. From cleaner air to less demand for fossil fuels, we’ve seen the needle move slightly in a positive direction. Unfortunately, as industries shift back into high gear and try to make up for lost time, governments are still too focused on the pandemic to strictly enforce environmental protections. The public also continues to shy away from mass transit for now due to health concerns. 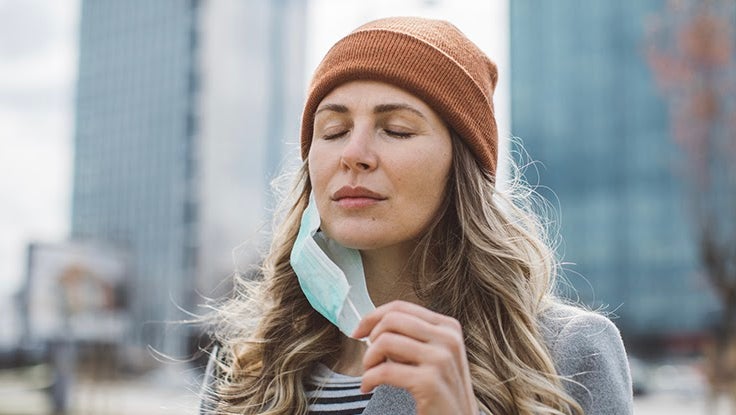 The hope is that those small windows of time when the world was moving at a slower pace showed policymakers and environmentalists the positive effects that could be possible with change. Time will eventually tell how our economies and ecosystems fare following these unprecedented times. 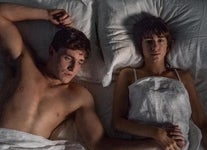 What Is an Intimacy Coordinator, and How Are They Making Sex Scenes Look More Realistic? 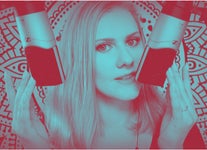 What Is ASMR and How Can It Help You De-Stress? 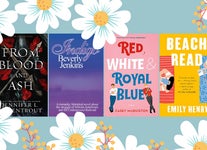 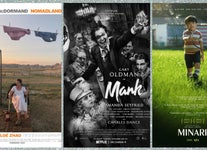 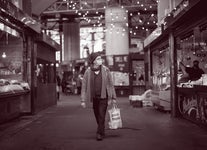 How Has a Year Without Tourists Impacted the Overtourism Problem? 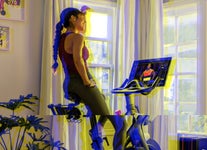 How Has Peloton Amassed a Cult-Like Following?
trending articles
1

What Is an Intimacy Coordinator, and How Are They Making Sex Scenes Look More Realistic?
2

What Is ASMR and How Can It Help You De-Stress?
3

How Has a Year Without Tourists Impacted the Overtourism Problem?
澳门9159入口